Young people demand change. They wonder how anyone can claim to be building a better future without thinking of the environmental crisis and the sufferings of the excluded.

A Message to Youth
from Religious Communities in Canada

“We are religious, sisters long committed to social justice, climate justice and peace.  We write this letter to thank you for your courageous leadership. #WeHearYou about the climate emergency! We embrace the sacredness of Earth and all creatures.  With you, we uphold their right to flourish, with not one being left behind.”

“Let’s join forces! Don’t hesitate to contact us and share your actions and projects with us. We could support you by collaborating in various ways, including our prayer. Let’s share our initiatives!”

READ THE LETTER TO THE YOUTH

Montreal Climate March on September 27, 2019 in Montreal: we were there!

Click on the picture below to see the album of the 2019 Montreal Climate March. 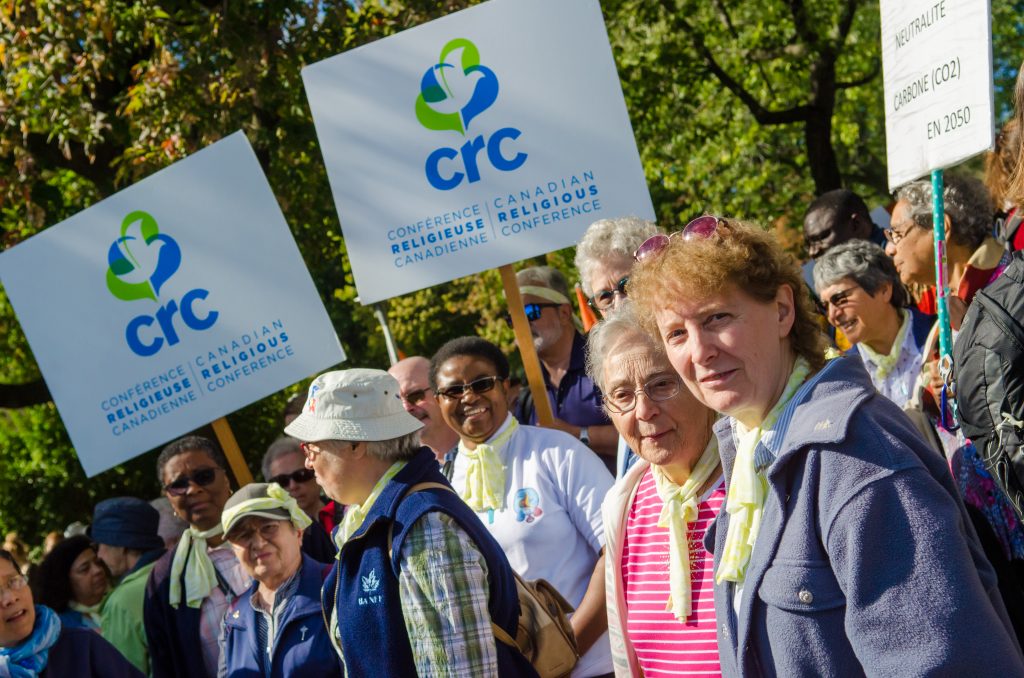 FIND A COMMUNITY IN YOUR REGION

Here are a number of initiatives of religious communities in Canada and in the world, in favour of climate justice. We invite you to discover them!