December 12 is the Feast of Our Lady of Guadalupe, Patron of the Americas, and the National Day of Prayer in Solidarity with Indigenous Peoples. On this date, the Our Lady of Guadalupe Circle is delighted to announce the launch of its inaugural website: http://ourladyofguadalupecircle.ca/. 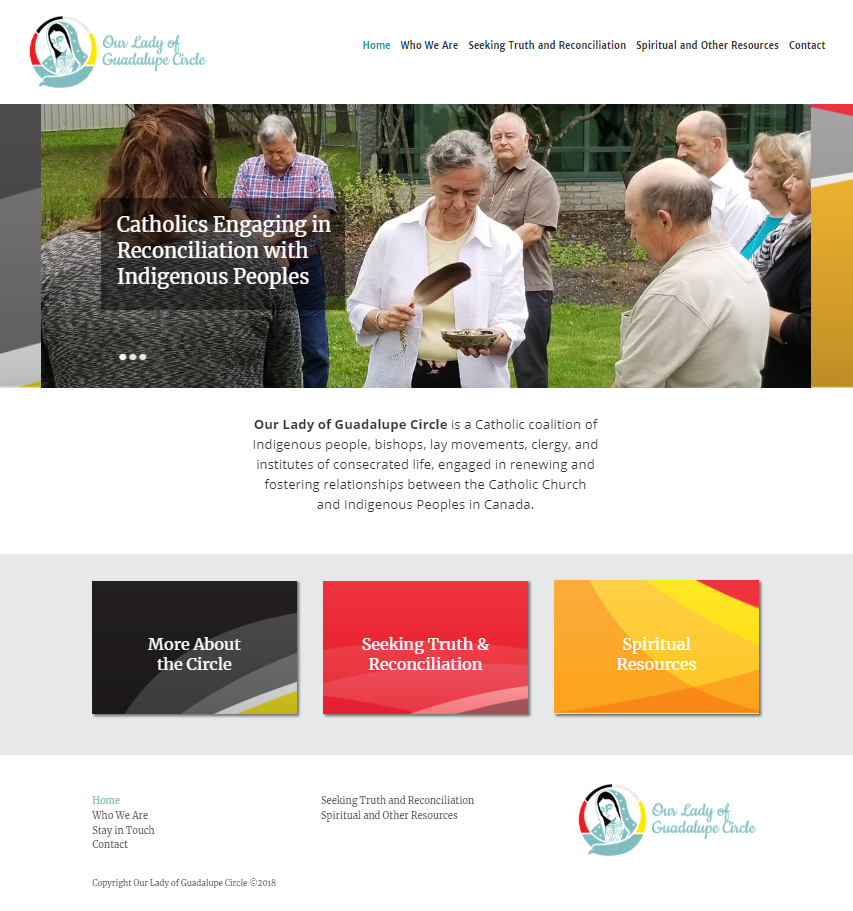 The website contains numerous resources, including a timeline of actions by Catholic groups in Canada promoting reconciliation with Indigenous Peoples. It also provides information on Indian residential schools, Canada’s Truth and Reconciliation Commission and the 94 Calls to Action. Readers wishing to receive information on the actions for reconciliation are invited to add their email address to the Circle’s online directory.

Founded in 2016, the Circle is a Catholic coalition of Indigenous people, bishops, other clergy, representatives of lay movements and members of institutes of consecrated life, engaged in renewing and fostering relationships between the Catholic Church and Indigenous Peoples in Canada. The Our Lady of Guadalupe Circle now comprises seven national Catholic organizations which, in addition to the four founding members mentioned above, include the Catholic Women’s League of Canada, the Society of Saint Vincent de Paul, and the Knights of Columbus. Likewise, the Circle has representation from four Catholic religious orders: the Jesuits of Canada, Sisters of Charity of Halifax, Sisters of Providence of Western Canada, and Lacombe Province, Missionary Oblates of Mary Immaculate. Member at large positions have also been constituted specifically to provide for additional Catholic Indigenous representation. The Circle is making a significant effort to ensure a balance of Indigenous and non-Indigenous voices, united by their common baptism and faith as Catholics.